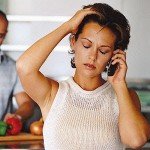 2016 will be remembered as a year of mounting uncertainty. As if the Brexit result wasn't enough of a headache for global markets to nurse. They now have the election of Donald Trump as leader of the free world to factor into their calculus. We find ourselves increasingly divided. There are those with a deep sense of unease and anxiety, and those with an indefatigable optimism for the future.

Trying to make sense of the Brexit effect and what it might mean to us, as individuals, is fraught with frustration. This is largely due to the fact that the subject is an emotive one with commentators emotionally invested in the possible outcomes. The fact that nobody has the faintest idea what the economic landscape will look like after Brexit actually happens, may also have something to do with it.

So, let's steer clear of speculation and try to focus on the facts. We can be in no doubt that since the decision to leave the EU was made on the 23rd June, the value of the pound has dropped considerably. It's now apparent that this was no blip with signals that it may be about to bounce back, conspicuously absent.

"The weak pound will have an impact on prices, especially clothing and electricals, where the majority is imported from abroad"

"probably not going to hit prices until later in the year"

According to Maureen Hinton of Verdict Retail speaking to the BBC on the 29th June 2016, imported goods will become more expensive. This has been playing out in the media ever since with assorted stories including, love it or hate it, the price of Marmite.

Unilever: Love Them or Hate Them

"Eh? But Marmite and its ingredients are made in the UK"

I, understandably hear you cry. Well yes, but according to Unilever they needed to increase prices by 10%. This, they say, is because their costs have increased across all products due to the falling value of the pound. 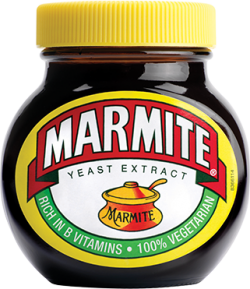 Now, the sceptics among us might be inclined to suspect that they have, rather cynically, spotted an opportunity here. A little like those who froze wages in the wake of the 2008 financial crisis (and never looked back). Guys, that was 8 years ago now! Conspiracies aside, what this does tell us is this: If prices of non-imported, British made goods are rising due to the lowered value of the pound then imports are definitely going to get more expensive.

In the UK, like clothing and electricals, the majority of wood and laminate flooring is imported from abroad.

Referring to the projected increases Maureen Hinton goes on to point out: "But this won't happen immediately as retailers buy the foreign currency they need to pay for their imports in advance". Flooring retailers are no exception in this regard and currency, usually the dollar, is indeed purchased in advance in order to pay for future imports.

How far in advance is now the only remaining, pertinent question. Of course, this will vary across the sectors. Though it's safe to say that business usually operates in easy to digest, 3 month, quarters. This has the added advantage of breaking the year up into seasons which, many businesses are at least affected by if not dependent on.

The implication is that if it is not already happening, the reserves of currency that businesses hold for buying imports will soon start drying up. More accurately, the reserves of cheap dollars, bought before the pound plummeted will now be drying up.

For those making financial investments in the UK like property developers, the climate feels unstable. The inherent risks involved have been increased. The stakes have been raised in what looks more like a gamble with every news cycle that passes.

If this all sounds a bit 'Doom and Gloom' well, that's because it is. At least for some.

However, there is a glint of silver lining for some of us. Home owners who are looking to invest in their property, not for financial return necessarily, but for their own pleasure and enhanced standard of living. Those who have been procrastinating about making that outlay never sure if the time is quite right. Anyone who has been planning but so far, put off, making that big purchase or starting that home improvement. These people are now armed with some undeniable facts. There is a closing window of opportunity to beat these inevitable price rises.

For these people, there is no uncertainty. The time to act is now.