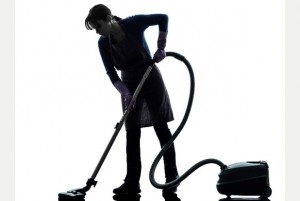 Energy conservation is a matter of vital importance to all of us, not only for environmental protection, but also because reducing the amount of energy that we use, is a good way to save money on our monthly energy bill.

The EU, in an attempt to further reduce energy consumption and bring products with greater energy efficiency to the market, cracks down on powerful vacuum cleaners.

To further explain this, the only vacuum cleaners that are able to meet the conditions on the market are the ones that:

Moreover, according to 665/2013 directive issued by the EU, as with energy labels commonly found in refrigerators, washing machines and televisions, all vacuum cleaners must have their own energy label, with an A to G rating, for energy use, cleaning performance on carpets and hard floors and dust emissions. 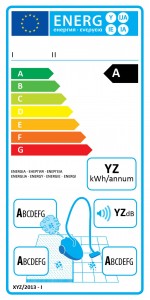 In other words, consumers can get an idea on how environmentally-friendly a vacuum is but not only. This new energy label will set higher efficiency standards for all vacuum cleaners and will allow you to compare the same product characteristics in all vacuums for an easier shopping experience.

However, many people argue that the new legislation issued by the EU is a bad energy saving idea, as they would have to use their less powerful vacuums for twice as long in order to achieve the same level of cleaning. Well, that's not really true.

Consumers shouldn't be concerned that the reduction in watts will affect the performance of new vacuum cleaners. More watts doesn't mean better cleaning at all. Manufacturers using modern efficient engines show very good results even with power less than 900 watts.

Generally, the EU directives related to energy consumption, issued the recent years, already bear significant results. The energy efficiency of electrical appliances such as televisions, refrigerators, washing machines and computers, has improved greatly and some products now consume 1/10 of the energy needed ten years ago.